Katerina Drosou was born in 1977 in Athens.  She grew up in Santorini in the area of Oia, where she originally comes from. Ever since she was a child she had an air for art. She developed her talent during her 9 school years and at the same time she attended lessons at various art schools. In time, she developed her own style. She differed from the rest, by the quality of her work at exhibitions in Athens as well as Cyclades. She accomplished studying Finance, which did not win her heart and as a result she moved to Santorini permanently in order to occupy herself with a paintbrush and an easel, the talent that enchanted and completed her as a person.

In 1999 she inaugurated the opening of her personal area of creation and exhibition of her works. Since then she has been aiming to differ and be original. She pioneered the art of painting on old doors and windows of old houses in Oia, that belonged to Captains, as well as of old traditional wineries. Her creations were inspired mainly from the physical beauty of the island and her grandfather’s traditional winery. With unimpaired inspiration and interest she continues to create unique pieces with particular (emotion) and collective value guided by her taste and her love for art and her island. 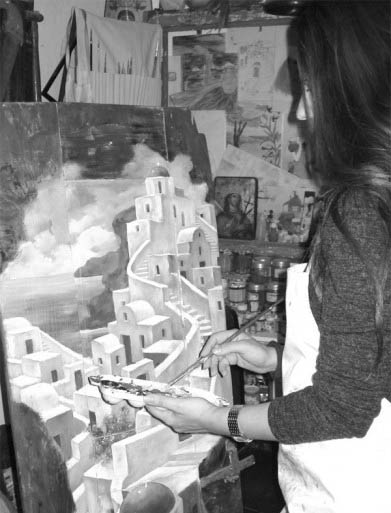 Angelo Makris was born in Montreal Canada, where he also concluded his studies in arts, majoring in Illustration and Design. After graduating, he focused on collaborating with various advertising agencies and publishers, working as a freelancer Illustrator in Canada, USA, Germany, China and Greece. 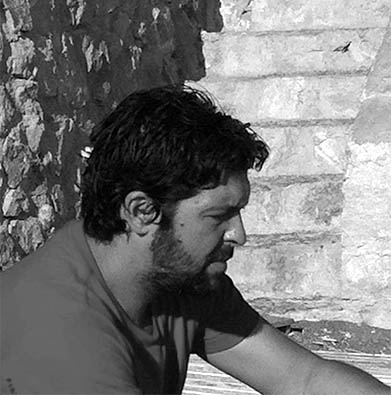 Skip back to main navigation

You can find out more about which cookies we are using or switch them off in settings.

This website uses cookies so that we can provide you with the best user experience possible. Cookie information is stored in your browser and performs functions such as recognising you when you return to our website and helping our team to understand which sections of the website you find most interesting and useful.

Strictly Necessary Cookie should be enabled at all times so that we can save your preferences for cookie settings.

If you disable this cookie, we will not be able to save your preferences. This means that every time you visit this website you will need to enable or disable cookies again.